skip to main | skip to sidebar

PRATEEK does battle with GM POLGAR! 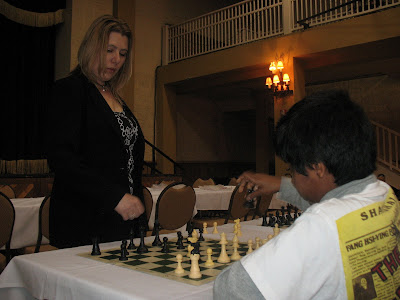 Prateek - in action at the POLGAR NATIONAL OPEN! 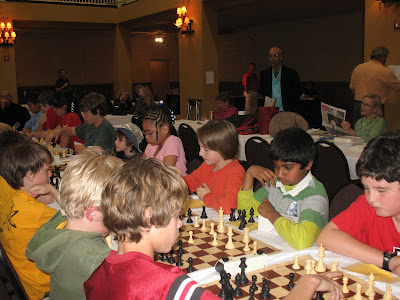 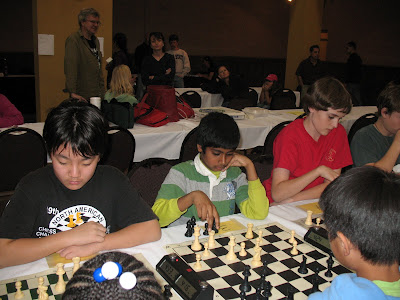 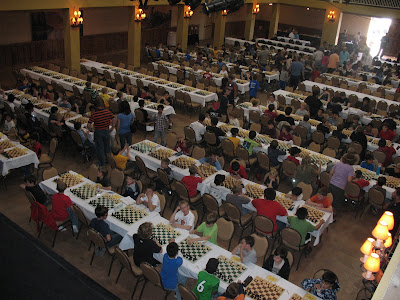 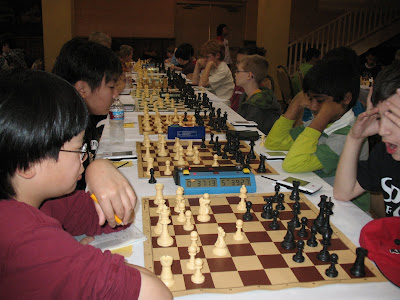 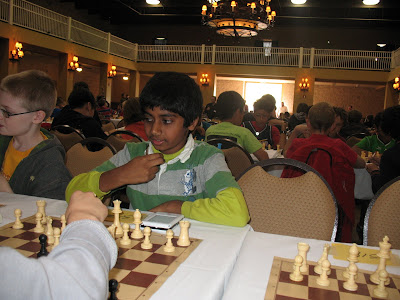 Our very own Prateek Pinisetti faced ultra tough competition in the SUSAN POLGAR BLITZ CHESS CHAMPIONSHIP held on Saturday the 6th of March as well as fighting hard in every game of the main event "THE SUSAN POLGAR NATIONAL OPEN FOR BOYS". But this was not the limit of his chess activities for his past weekend! The 2010 edition of this fine event was held up at the CARE FREE RESORT from the 5th until the 7th of March.

Prateek played in the BUGHOUSE tournament side event on Friday night where he and his teammate Anthony Blackledge finished in fourth place - winning a trophy. But this would not be the only trophy for Prateek from this past weekends' celebration of chess! He also won the 9th place trophy in the POLGAR BLITZ CHESS CHAMPIONSHIP, got to play Grandmaster Susan Polgar in her Chess Simul and played in the main event. That is a lot of chess - for anybody!

How did Prateek do?

9th place BLITZ CHAMPIONSHIOP
4th place BUGHOUSE CHAMPIONSHIP
11th place in the K 3-5th Grade section of the NATIONAL OPEN - out of 123 players in this one section alone.
Prateek was also the last player standing against the formidable might of GM Susan Polgar during her chess simul on Sunday! Next time Prateek will get her! I hope to play as well so perhaps we can both take down the GM when she makes her next appearance here in Phoenix Arizona. Anyone else want to jump on the "let's defeat the GM in her Simul" bandwagon? : P

Enjoy the photos of our number one player in action at the Polgar.
- Chess Coach Sean Tobin 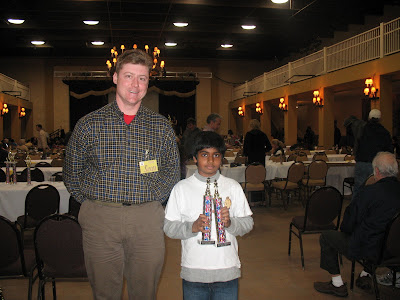 With 2 out of 3 trophies earned! The sidekick is me - coach Sean. 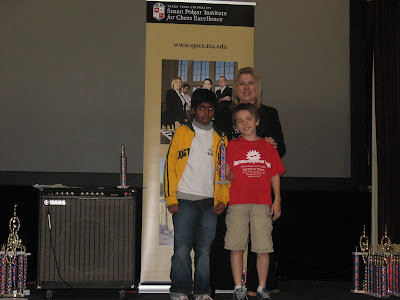 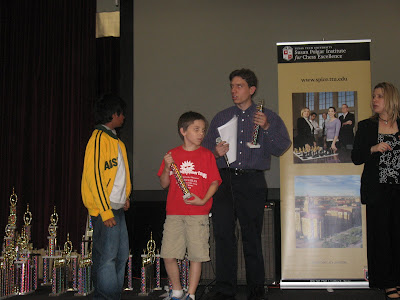 Arriving for the Trophy... after a little awards ceremony blooper!
or "WHERE IS MY TEAM'S TROPHY!" - coach Sean. 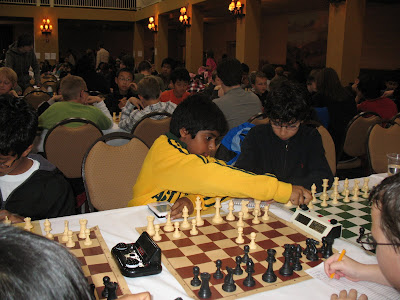 Mid battle during the main event! 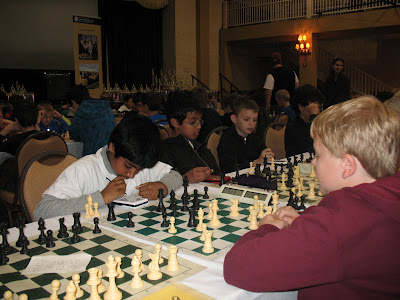 "IS THIS A GOOD MOVE OR NOT?"
Prateek deep in thought during his 6th round game.
Posted by BrisasChessCoach at 9:39 AM

BrisasChessCoach
My mission as a chess coach is to give your child - and by extension you - the best chess experience that you can have learning about and playing the royal game of chess. I am an active player, teacher and student of the royal game of chess. I write about chess - both on blogs and for magazines - and enjoy teaching this game to others. There are so many benefits to playing chess - too numerous to list here. Thank you for having me as your Kyrene de las Brisas Geckos Chess Coach - Coach Sean Tobin.

A man that really could give quite the Simul - CAPABLANCA 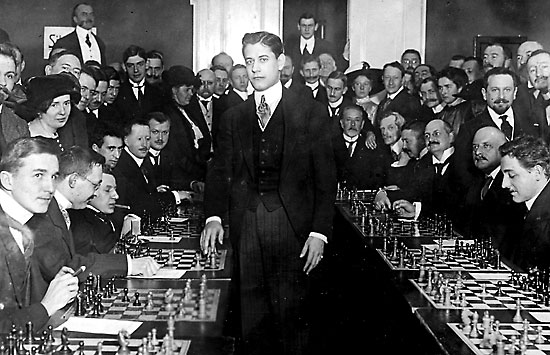 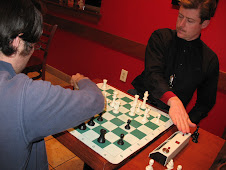